Preparing youths for leadership roles using skills presentations, recreation, excursions and other human capital capacity building approach to make them leaders of the next Generation.

CHILDREN’S DAY,: 27TH MAY. Children’s Day is a day for the children celebrated in some part of the world on this day the 27th May annually, it was first officially declared a national holiday by the Republic of Turkey in 1920. Government and the newspapers of the time declaring it a day for the children. It was later decided that an official confirmation was needed to clarify and justify this celebration and the official declaration was made nationally in 1931.
Children are the pride of any nation and described as the youth of tomorrow and subsequently the leaders of tomorrow, hence the deserved care, love and affection.
The day a UNICEF and UN declared day with the sole aims and objectives of meeting the six of eight goals that apply to the needs of children so that they are all entitled to fundamental human rights written in the 1989 International human rights treaty. UNICEF delivers vaccines, works with policy makers for good health care and education and works exclusively to help children and protect their rights.
The day seek to celebrate children because of what they are today so as to help support and guide them on the right track for them to be useful to their nations at large.
Activities commemorating the day include match by pass by school children, visitations to zoos, parks, debate/quiz, football match between and among schools so as to carry along the children.
We at Jumali Teen Academy in partnership with MDSCF an association for the Less privileged including children, teens and youth rejoices with general public in observance of the day. We also call for special concern on children.
Happy Children’s Day from JTSLTA/MDSCF 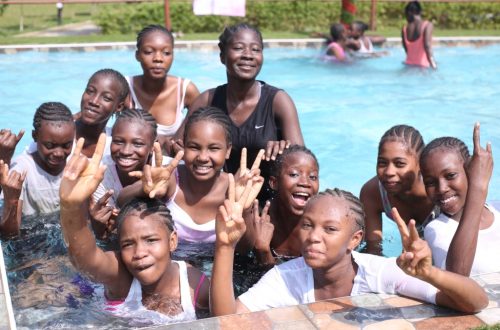